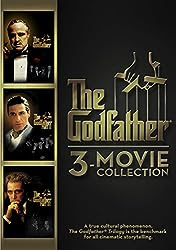 The Godfather (1972), along with Part II (1974) and Part III (1990), make great references for the study of organizational psychology.  The Godfather films demonstrated in detail how Vito Corleone started his organization, an olive oil import and trade business in a form of some mafia/gang/organized crime, and survived and prospered the organization through intensive bloody conflicts and power struggle.  In the three movie series, the Corleone family built a successful social ecological system in which they could apply maximum influence to the society.

Like Corleone family’s business, the relationships of business leaders and organizations in today’s global economy can be very entangled and intriguing.  Dealing with such relationship is the play of psychological games; they must be able to figure out how to strategically play competition, cooperation, power balance, and profit sharing.