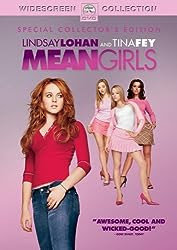 Mean Girls (2004) serves a good purpose for learning developmental psychology and understand adolescence. In this movie, Cady Heron moves to a new home from the bush country of Africa. She goes to a new school where she meets Janis and Damian. Her new friends warn her to stay away from the Plastics: the A-list, popular, crude, and beautiful clique headed by Regina George with Gretchen and Karen. When Cady sees Aaron Samuels, she falls in love. When Regina discovers this, she seeks revenge by taking and dangling Aaron in front of Cady. Now Cady, Janis, and Damian plot to bring Regina’s status down. However, as Cady continues to spend more time with the Plastics, she begins to become one of them (Written by Max Alexander at IMdb).  In contrast to boys’ physical aggression, girls engage in more relational aggression. As illustrated in the movie Mean Girls, relational aggression includes put downs, gossip, and social exclusion.

Negativity, Anger, and Aggression Children with externalizing problems often are negative, angry, and aggressive. Younger children may be stubborn and uncooperative, while adolescents may be hostile and physically injure others. In addition to the actions themselves, motivation is important. We chuckle at the innocent adventures of a Calvin, but we judge children harshly if their intent is selfish and they show little remorse. You might wonder about Jeremy W.’s private motivations and judge him differently based on whether he is an angry child who cares little about being “bad” or an impulsive child who wants to but just cannot consistently be “good.”