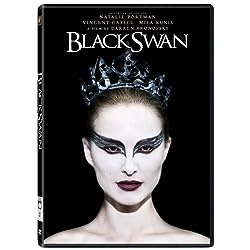 Black Swan (2010) shows “a ballet dancer wins the lead in ‘Swan Lake’ and is perfect for the role of the delicate White Swan – Princess Odette – but slowly loses her mind as she becomes more and more like Odile, the Black Swan” (Written by Moviedude346 at IMDb).  This film vividly illustrates occupational stress in the entertainment industry.  Performing artists like the dancer Nina in this film experience tremendous stress caused by role competition, skill improvements, talent limitations, leadership pressure, audience expectations, stage crisis, and age concerns.  According to Tabassum (2013), work stress can manifest into harmful emotions such as “anxiety, aggression, irritability, dependency, withdrawal or depression” (p. 68), many of which could stimulate abnormal or violent behaviors.

Such occupational stress can change workers’ personalities.  As seen in this movie, Nina’s mother (Erica), a former unsuccessful ballerina, became so obsessive to the ballet career; she obsessively determined to extend her own dream of dancing career through her daughter’s life by placing a suffocating control over Nina, but eventually Erica tried to stop Nina when she saw the role had taken Nina over, however at that time Nina had become too obsessed to get out. Nina’s personality changed a lot after taking the high-visibility and high-pressure role of leading dancer.  Naturally fitting in the While Swan role, Nina was nice, gentle, innocent, graceful, and caring; however the stress with work of new role (playing both White Swan and Black Swan) turned her into the Black Swan, – guile, sensuality, and violent.  Stress and pressure stimulated crazy mind and behaviors, and pushed Nina to hysteria. She started to suffer delusion and hallucination, and she couldn’t distinguish between life and dreams, between illusion and reality.  Is the end of the movie a delusion, dream, or reality?  I don’t know.

Oltmanns and Emery (2012) discussed this film in the textbook concerning eating disorders caused by stress: “Already petite actress Natalie Portman lost 20 pounds to play the lead role in Black Swan, an indicator of the pressures on ballerinas, and actresses, to be extremely thin — a risk factor for eating disorders” (p. 249).  Popular culture in the United States is obsessed with physical appearance. We are told that “beauty is only skin deep,” but the entertainment, cosmetic, fashion, and diet industries are eager to convince young people that “looks are everything.” Perfect men are handsome, muscular, and successful. Perfect women are beautiful and thin—extremely thin. In fact, women’s thinness is equated with beauty, fitness, success, and ultimately with happiness. Given our national obsession with appearance, diet, and weight, we should not be surprised that many people, especially young women, become obsessed to the point of developing eating disorders. (Oltmanns & Emery, 2012).